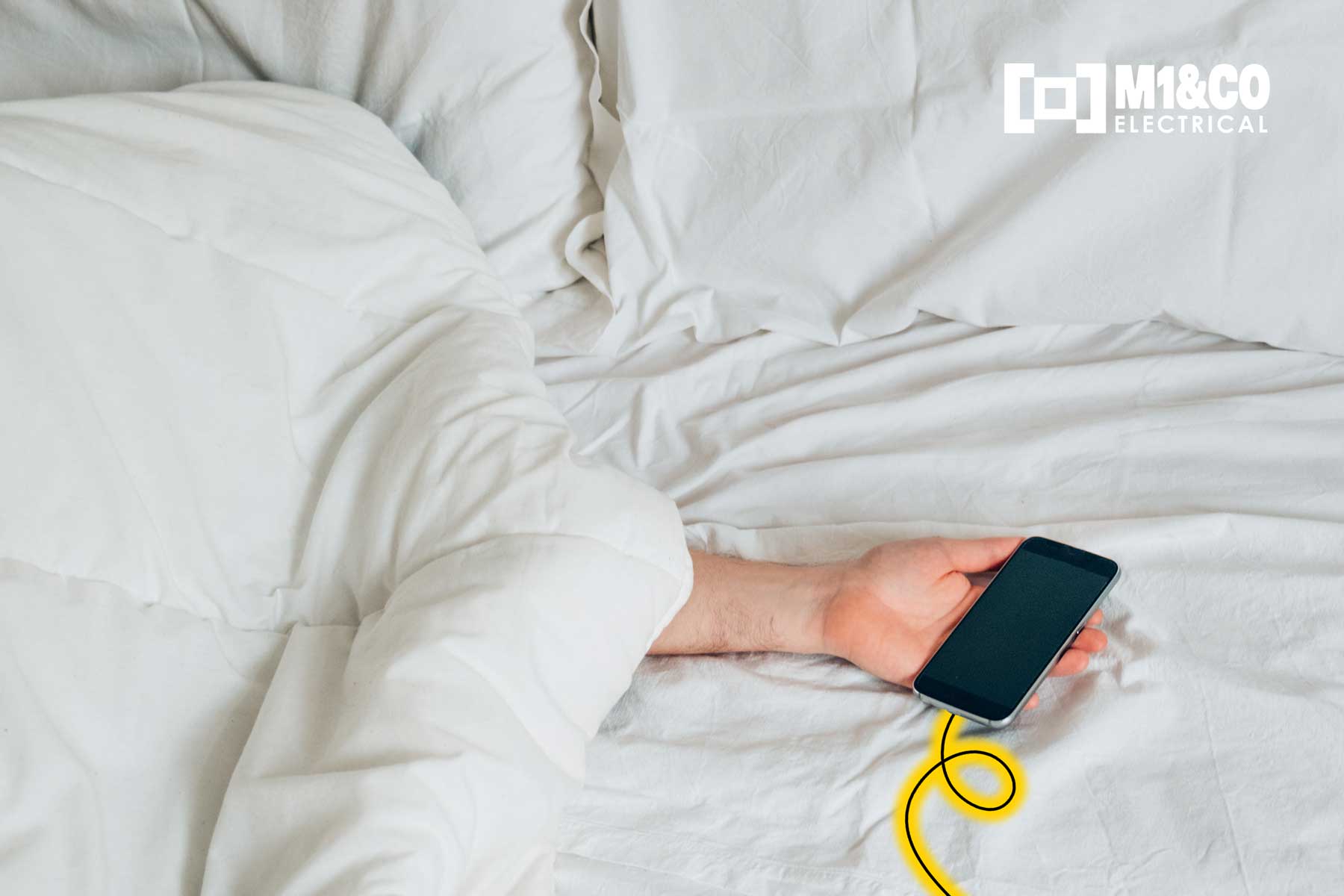 ARE CHARGING CORDS BEING LEFT ON YOUR BED DANGEROUS?

We are currently in an age where instead of having a book or magazine to read in bed, we instead have our phones, tablets and laptops to entertain us as we try and get to sleep.

While many argue that looking at a screen right before bed will interfere with your sleep, there is another danger that not a lot of people think about. This is the danger of having too many charging cords around your bed.

This may sound like an overly protective parent thing to say, but there are several dangers that come with having charging cords spread across your bed, such as.

Electrical cords are always producing heat, but we tend not to notice in a large room such as our office, but when blankets and pillows are smothering a cord there is no way for the heat to escape and if too much builds up, there is just too many things near it that can catch fire.

We mentioned above that cords naturally produce heat and when there is nowhere for the heat to go it starts to build up causing the cord to become extremely hot, and if you were happening to be sleeping on the said cord, then you could receive a nasty burn.

Damaged cords are a gateway to electrical fires and power surges, and they can easily become damaged when spread across a bed, since you may lay on it wrong or twist it to the point of it tearing. After that, all it takes is a small spark to ignite your entire bed.

This is a common occurrence in today's world with cords on beds becoming the norm, and we aren't saying you shouldn't have cords in your bedroom, but you really need to make sure that once you are done with your device that you put the cord away from your bed before you sleep.

Electrical issues can be a scary thing, especially if you don't know what to do about it. So if you are having a problem with a cord, power point or anything electrical, you should contact M1&Co today.

We have the most skilled electricians in the industry, and they are capable of performing any kind of electrical work, from repairing damaged wall sockets to fixing a blown-out transformer, so no job is too big or small for us.